I Write & Publish Books For Inquisitive Minds, Like Yours!

DR. RICH'S SEEMING MANY OTHER LIVES. . .
I write and publish books that make it seem the reader is also part of the narrative. Moreover, most of the subject matter sets its focus on the natural world, inviting readers into National Parks & Monuments, State & Native American Tribal parks, including Archeological ruins throughout the American Southwest. Also known as the Colorado Plateau Province’s 4 Corners Region, this large sector of America is where I have lived, traveled, and explored for some fifty years.
Additionally, my books feature a plethora of picturesque environs and singular topography like no other place on the planet. With an emphasis on geology, human & natural history relevant to scenic icons and landmarks, where applicable, popular hiking trails relative to each destination are all described in detail.
With that digest in mind, as an author, the knowledge of my published works provides a literary educational tour with a personal guide and pedagogue. Ergo, the professional educator’s role I have served for nearly forty years. Additionally, I write other books with diverse subject matter, all of which can be viewed at these two URLs (all links open in a new window): 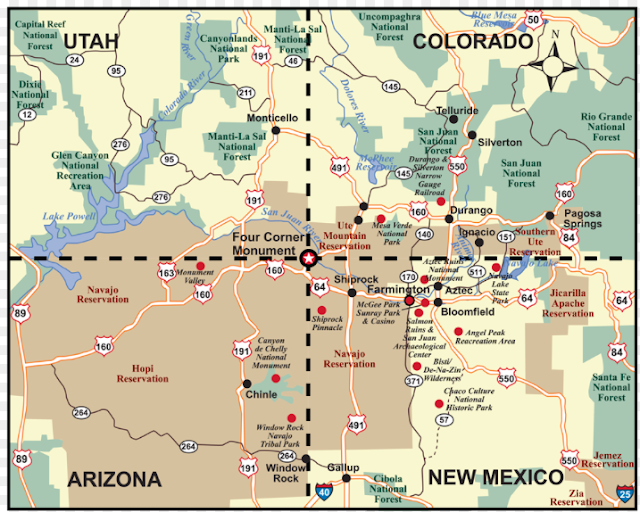 =<<>>=
THE WHAT, WHO, WHEN, WHERE (but I don’t know WHY)
ASPECTS OF RICH’s LIFE
ABSTRACT: Writer, educator, defender of the environment and all creatures great and small. “Dr. Rich,” as some of his former students used to call him, created his eclectic lifestyle by engaging in numerous interests connected to targeted employment opportunities). Hence, he fits the profile of a free spirit (and perhaps “vagamundo” is another way to describe his unconventional character). Throughout most of his life, he was primarily employed as an academic educator, outdoors instructor, and backcountry guide. What follows in the longer Curriculum Vitae is a detailed account based on his achievements, credentials, and challenges spanning some fifty years.
• • •
THE MANY MAIN EVENTS (Employment History): Writing under the name Richard Kerry Holtzin, Dr. Rich’s teeming résumé seems to condense many roles over a number of lifetimes, yet representing a single life span that began in the mid-1940s. Starting with active duty in the military after high school, he joined the Navy (1963––1969). After Communications School (radio, crypto, and teletype), he was assigned to an admiral’s staff, specializing in the classified métier of Anti-Submarine Warfare (ASW). Since 1970, he lived, worked, and played due west of the 100th Parallel, mainly hiking and backpacking throughout the Colorado Plateau Province (popularly known as “The Four Corners Region”) Investing many years in academics, he earned the Big 3 degrees with a focus on Eastern and Western Philosophy. For the most part, he eschewed the life of a professor, choosing, instead, employment as an outdoors educator, instructor, and guide (see following).
Apart from teaching geosciences, natural and human history, he taught wilderness and survival courses. To mention some of his many other interests, Dr. Rich taught guitar and music theory for some twenty-five years, including performances as a studio and stage musician; composed and recorded two soundtracks for the Grand Canyon and Yellowstone National Parks; was licensed as a high school Educational Assistant and Substitute Teacher (preferring math and science classes); obtained a commercial aviation license, flying a variety of aircraft; a freelance photographer; a GPS surveyor and topographical mapper for the U. S. Forest Service; a commercial boatman running rivers coursing through the canyon country carved by the Green and Colorado; a planetarium control room operator and cosmologist; a natural history museum docent; and employed by a couple of police departments, as well an Arizona sheriff’s department.
Given the praxis and allure of life (as he chose to exist and earn a living), Dr. Rich’s foremost credentials center on teaching via numerous employment opportunities. Since the 1990s, his professional reputation serving in the role of an interpretive outdoors guide was augmented when the Grand Canyon Field Institute hired him as a staff instructor (nearly twenty years––http://bitly/1D6YS1u). He was also employed in the same role when invited to teach at Northern Arizona University’s Road Scholar Program and Yavapai College’s Elderhostel Program (respectively, Flagstaff and Prescott).
Additionally, Dr. Rich owned and operated an eco and cultural Southwest enterprise based on eco and cultural tourism. Fairly recently, he was appointed the Executive Director of a think tank in Albuquerque, New Mexico, the thrust of which centered on astronautics and aerospace.
Additionally, he and the co-founder wrote and published math-lab oriented S.T.E.M. high school classroom projects* (https://www.stemadventuresinouterspace.com).
Since 2014, he authored and published numerous works (currently, forty books) and continues revising other manuscripts he plans to publish. In August 2018, he was, he came out of retirement and was hired as the Program Director for National Park Express (www.nationalparkexpress.com).
Presently, he works and lives (Flagstaff, AZ).
Presented with Dr. Rich’s extensive and diverse employment track record, as he describes his life and engaged schedule, "I think it's better to wear out than rust out!”
*Science, Technology, Engineering, & Mathematics.
<<<<<•>>>>>
Kindly leave your comments, thoughts, and suggestions about the Bookstore’s presentation and subject matter of my published works. I would also appreciate your endorsement on a variety of social networks such as TWITTER, INSTAGRAM, LINKEDIN, and FACEBOOK.

Thanks for dropping by my website. Happy Trails wherever you wonder and wander! 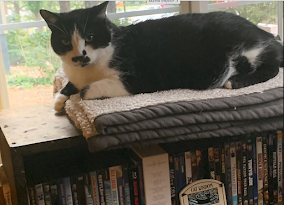