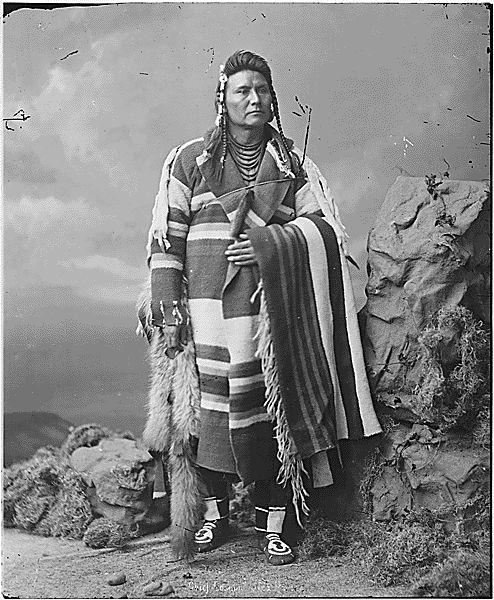 Here is a music video that I created about the venerable Chief Joseph (March 3, 1840 - September 21, 1904). He was the leader of the Wal-lam-wat-kain band of Nez Perce tribe.

The U.S. government broke a land treaty with the Nez Perce, forcing the group from their homes in Wallowa Valley. When he surrendered to U.S. General Nelson A. Miles in the Bear Paw mountains of Montana, Chief Joseph famously declared:


“Hear me, my chiefs: My heart is sick and sad. From where the sun now stands, I will fight no more forever.”

He was a great man who only wanted to raise his family in peace. He honored the treaty and

All the music was composed and performed by yours truly.