The Castle of Montezuma 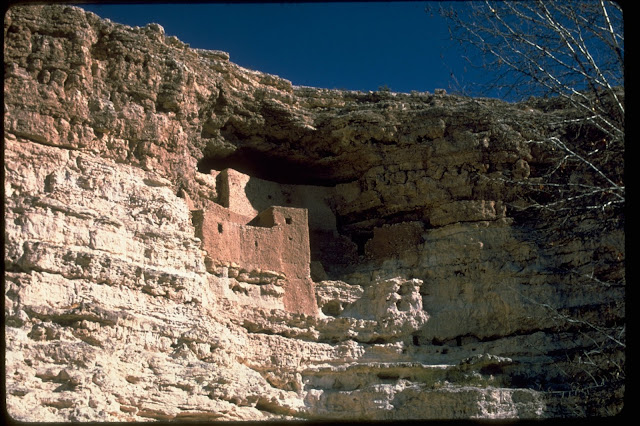 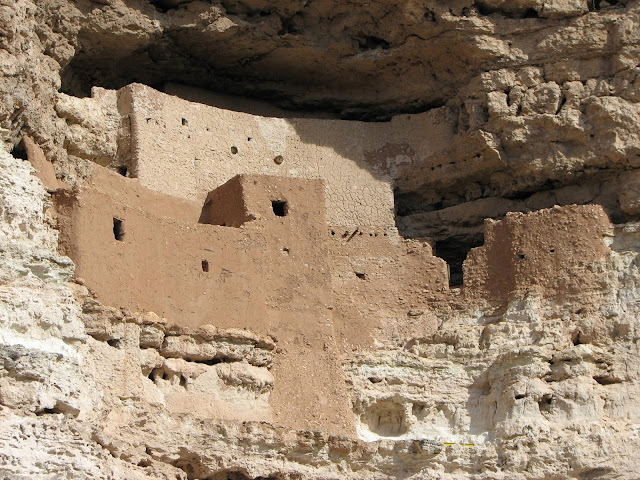 Snapshot
Established as a national monument in 1906, Montezuma Castle's cliff dwellings were built by a pre-Columbian people sometime around 700. Known as the Sinagua (a Spanish derivative meaning without water), their cultural group occupied a ranging area in central Arizona between the Little Colorado River and the Salt River (between present-day Flagstaff and Phoenix). Their territory includes the Verde Valley and significant portions of the Mogollon Rim (pronounced "moo-gee-own") country. The Sinagua culture thrived from about 500 to 1426. Several Hopi clans also trace their roots to immigrants from this, the Beaver Creek, sector of Verde Valley. Beaver Creek happens to be the closest water source for this locale. The relatively soft sedimentary rocks of this region were ideal for constructing a massive natural shelter. And the Sinagua honed what nature did not provide as a protective overhang, thereby fashioning their deeper impressions into the overhang. 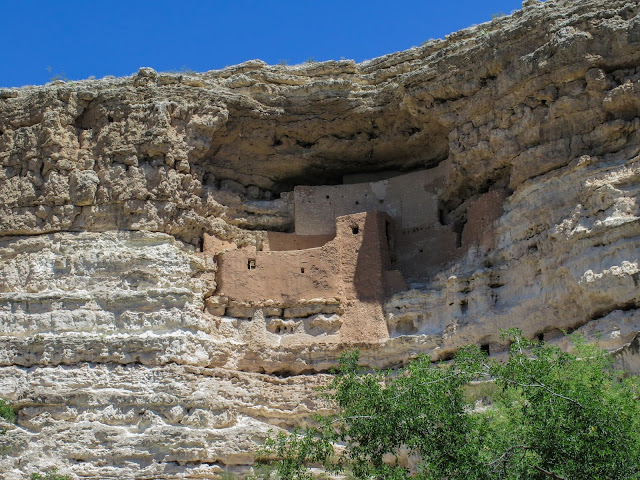 Although a misnomer given its designation, Montezuma Castle is above the ground. The people who lived here are, therefore, classified as cliff dwellers, whose alcove is not nearly as lofty as similar other dwellings (i.e., Canyon de Chelly’s White House or Navajo National Monument’s Kiet Siel). In the 1860s, Europeans were the first Anglos to view these impressive cliff dwellings. They in turned named the site for the Aztec emperor of Mexico, Moctezuma II (1456 - 1520), whose name is commonly spelled Montezuma (and still the spelling for this national monument). However, the assumption given the site’s name was erroneous because Montezuma had nothing to do with the construction of Sinagua dwellings. The truth is he never even ventured this far north during his military campaigns. 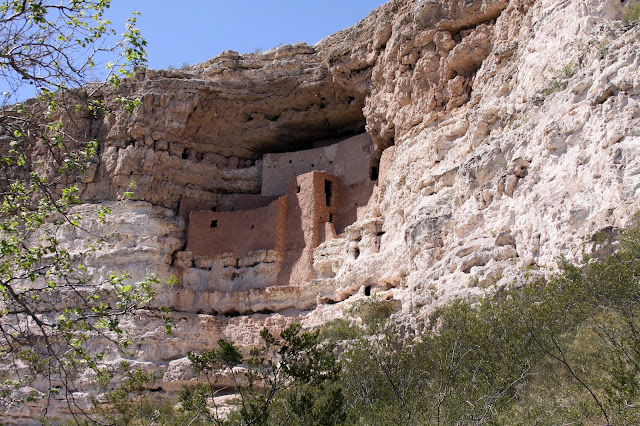 Guided Tour Essentials
The last known record of Sinagua occupation is around 1426. The reason for vacating the site remains speculative. More than likely nature had something to do with it. Namely, another drought, this time, affecting this region just south of the Colorado Plateau. Perhaps the site was abandoned because of tribal clashes with the newly arrived Yavapai people. These so-called People of the Sun were aggressive warriors who occupied an area of approximately 20,000 square miles (51,800 km²) bordering the San Francisco Peaks (in present-day Flagstaff on the north), the Pinal Mountains on the east (south of present-day Phoenix), Martinez Lake (north of present-day Yuma), and the Colorado River (at the point of present-day Lake Havasu in the west). Likely, the Yavapai moved in and the Sinagua, who were considered a peaceful tribe, moved out. As for their honed and improved upon dwellings, the domiciles built within the alcove were never reoccupied by any newcomers.

Directions
Follow I-17 north from Phoenix or south from Flagstaff to Exit 289. Drive east 0.5 mile (0.8 km) and turn left on Montezuma Castle Road. The Castle is about 5 miles (8 km) north of Camp Verde, Arizona. 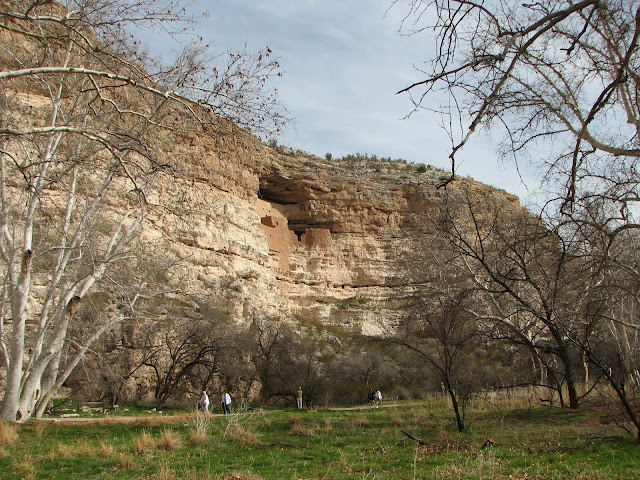 Lady Mathers said…
One of my favorite places. Learned so much there about our indigenous people who once lived in this area. What an amazing state we live in. Lady Mathers
May 23, 2019 at 3:14 PM

Unknown said…
This expository was unique in many ways. Enjoyable way to spend my evenings; reading great non-fiction.
May 25, 2019 at 11:08 AM

The Author said…
Thanks for the comments. Very much appreciated, especially from those of you who visit such places and want to learn more about the essentials
August 1, 2019 at 2:12 PM